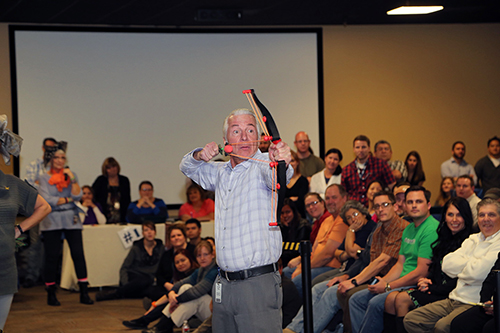 “We’ve become a fantastic partner with the Utah Food Bank to help needy Utah families get through the holiday season. Are you with us?” says Jeannie Nugent, Ultradent’s food drive co-chair. “Ultradent is here to win and beat the ‘Hunger Games’ with a goal of 500,000 lbs. of food for Utah this year! We call on our employees and those who want to help us with this fight. Every little bit helps. Come and be with us in this battle!”