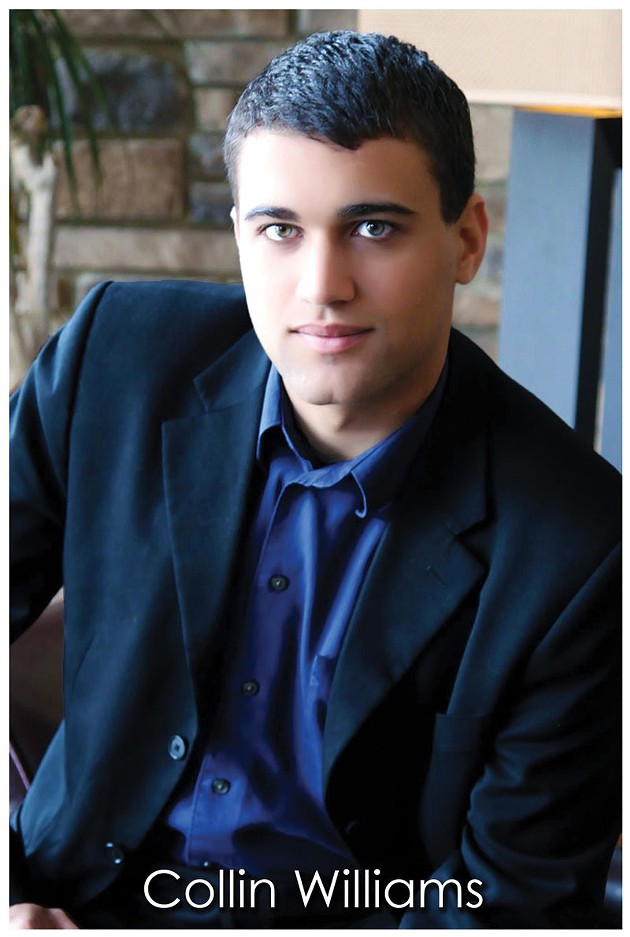 Ultradent Products, Inc., is pleased to welcome comedian, TEDx speaker, and suicide survivor Collin Williams for a benefit comedy show on Friday, August 30, 2019. This unique event will raise funds to support the American Foundation for Suicide Prevention (AFSP) in their work to promote awareness, research, and aid for those affected by suicide.

Collin is well known for tackling delicate subjects head on. His unconventional brand of humor, focusing on topics that are usually off limits, is designed to open doors for conversation and healing. His comedy show entitled “My Suicide Note” weaves together real-life experience from his own suicide attempt with humor to shed light on this challenging topic. Proceeds from the event will benefit the AFSP, a 501(c)(3) tax-exempt charitable organization working to “save lives and bring hope to those affected by suicide.”

Collin will speak and perform on Friday, August 30, 2019 from 8:00–10:00 p.m. at Ultradent headquarters located at 505 W 10200 S, South Jordan, Utah. To attend, please make a minimum donation of $10.00 in advance or $15.00 at the door. Those who find discussion of suicide and trauma triggering may not wish to attend, but can still donate if desired. To donate and/or attend the comedy show please click here.

Born into a biracial family, Collin quickly realized he had to embrace diversity or go crazy. Choosing the former (the jury’s still out on the crazy part), he learned to make fun of his differences and experiences, while developing a unique brand of stand-up. Collin has come a long way since hitting his first open mic at Seattle’s Comedy Underground when he was barely seventeen—his humor manages to artfully touch on areas usually considered taboo, enabling him to cover topics that most are hesitant to tackle.

His unique style of dark comedy has given him the opportunity to perform across North America and Europe at clubs, colleges, and a stadium. He was nominated as one of Utah’s top comedians, among other accolades. Collin’s charisma is irresistible to audiences, which earned him a position as Niantic’s lead live broadcaster for 2016. His level of skill also led to the honor of being selected for TEDxSaltLakeCity 2018 as the expert speaker on comedy.

From a spot as a featured speaker at the Utah Capitol for the anti-sexual assault rally “Walk of No Shame,” or on the stage at Kingsbury Hall discussing jokes about trauma, Collin uses over a decade of experience as a nationally touring stand-up comedian to uplift his audience. He helps them laugh with his trauma, or even spark conversation as he addresses some dark and controversial subjects.

His current nationally touring comedy show discusses his personal experiences as a sexual assault and suicide survivor in a way that made The Daily Utah Chronicle say: “All of us loved it.” The owner of the WIP theater in Chicago also highly recommends it, saying: “Collin’s show is one of the best dark comedy shows you’ll ever see.”

About the American Foundation for Suicide Prevention

Established in 1987, the American Foundation for Suicide Prevention (AFSP) is a voluntary health organization that gives those affected by suicide a nationwide community empowered by research, education, and advocacy to take action against this leading cause of death.

AFSP is dedicated to saving lives and bringing hope to those affected by suicide. AFSP creates a culture that’s smart about mental health by engaging in the following core strategies:

Led by CEO Robert Gebbia and headquartered in New York, and with a public policy office in Washington, D.C., AFSP has local chapters in all 50 states with programs and events nationwide. AFSP celebrates 30 years of service to the suicide prevention movement. For more information, visit www.afsp.org.

Ultradent Products, Inc. is a leading developer and manufacturer of high-tech dental materials, devices, and instruments worldwide. Ultradent’s vision is to improve oral health globally. Ultradent also works to improve the quality of life and health of individuals through financial and charitable programs. For more information about Ultradent, call 800.552.5512 or visit ultradent.com.