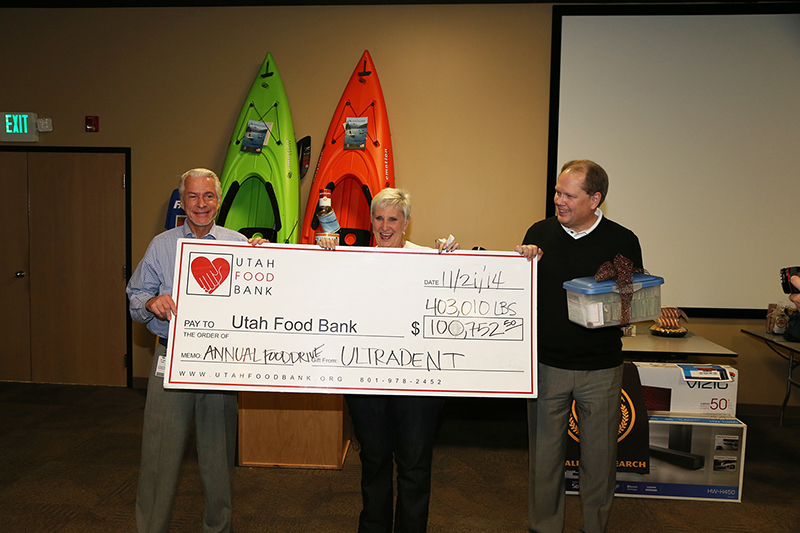 Donations for Ultradent’s 2014 food drive were raised through numerous opportunity drawings, bake/pop-up boutique sales, and several “Food Truck Friday” events, organized by company employees. Ultradent presented a check for $100,752.50 to the CEO of the Utah Food Bank on Friday, November 21, 2014.

Dr. Fischer, Ultradent’s president and CEO, attributes his enthusiasm for the food drive to lessons he learned as a young boy. He says, “My grandfather taught me as a young boy that it is only with an open hand that one has the ability to receive.”