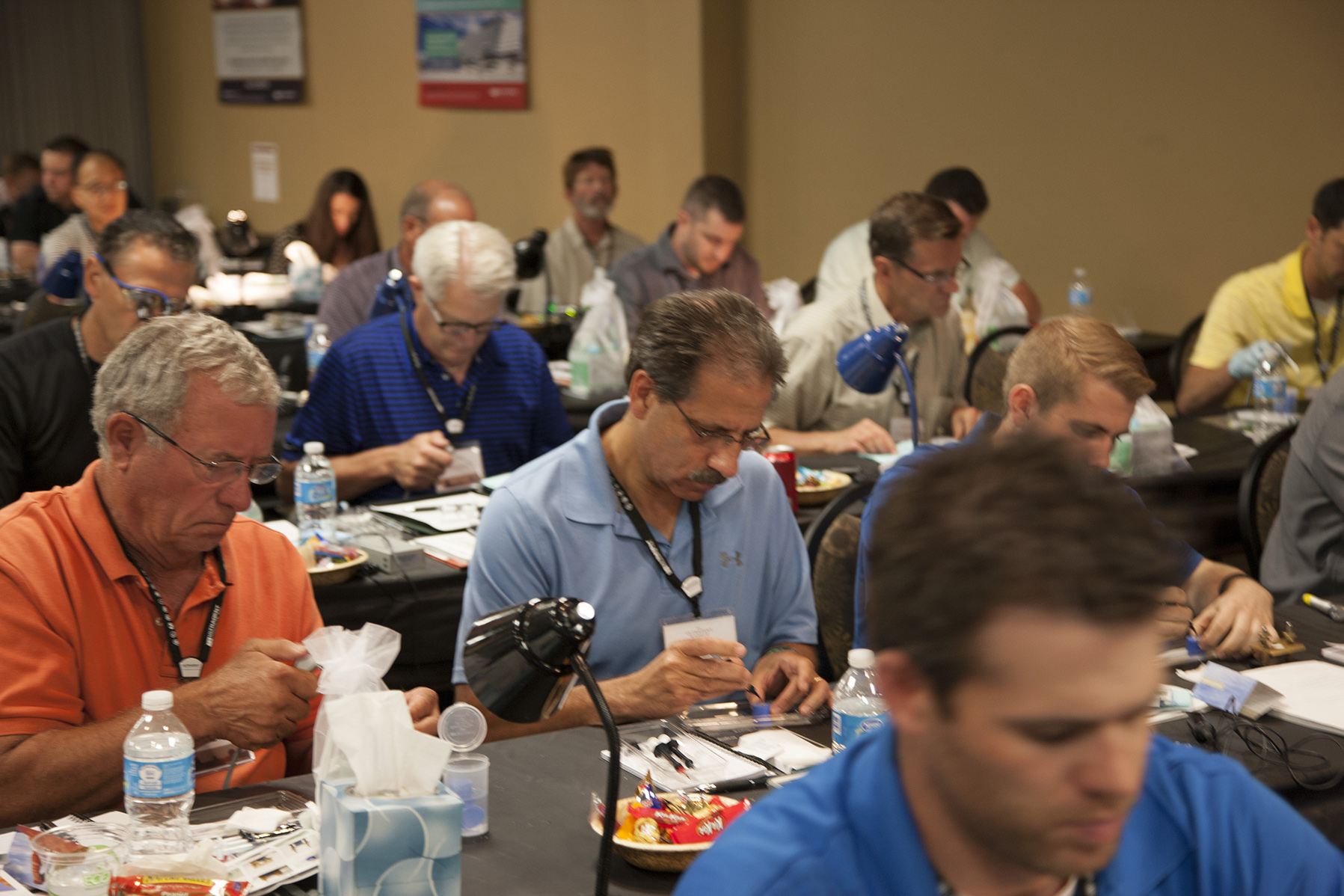 ​Ultradent Products, Inc. held its 2014 Ultradent Summit continuing education event this past weekend, August 1–2, at its South Jordan campus. The Summit featured an all-star lineup of speakers who covered topics such as esthetics and technological advances in dentistry and a hands-on practicum in endodontics, composite veneers, and a course on becoming a tooth whitening specialist. The 122 attending clinicians and staff members earned up to 16 CE credit hours during the two-day event.

The event kicked off with a seminar from Dr. Dan Fischer, who presented his lecture “Close to Home: What Expert Marriage Advice Can Teach Us About Creating Quality, Long-Lasting Dentistry.” After lunch, doctors and staff participated in a seminar given by Ultradent’s director of research and development, Neil Jessop, titled, “The Relationship Between Conservative Dentistry and Bond Strengths.” The evening ended with a dinner hosted by Dr. and Mrs. Fischer at their home.

For registration, pricing, and information on next year’s event, please call 800.552.5512. For questions or support regarding travel and hotel accommodations, contact Becca Pickens at becca.pickens@ultradent.com or 800.520.6640.